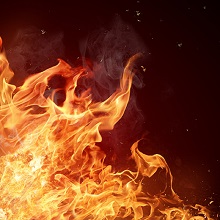 According to research recently published by the Government the number of fires attended in the UK by the authorities are ‘noticeably fewer’ in 2012/2013.

487,000 fires or false alarmsĀ were attended in the is period, as opposed to 586,00 in the previous period – a significant reduction of 17%. Furthermore these figures show a reduction of almost 50% than 10 years ago.

The number of fatalities at 350 is the lowest its has been in the last 50 years.

Most of the fires happened in domestic premises; 22,500 incidents occurred in premises such as shops, pubs and cafes and industrial manufacturing premisesĀ classed in the reportĀ as other buildings.

These figures although reducing show the importance of having a suitable means of warning and detection installed.Ā  As ever it is imperative that they are in full working order – a maintained fire alarm system is less likely to false alarm.

They also confirm the importance of having an escape plan and a suitable Fire Risk Assessment in place.